LeSean McCoy was not happy about being trade, but is now opening up about his former head coach. McCoy took a shot at the former Eagles coach, implying he is a racist. 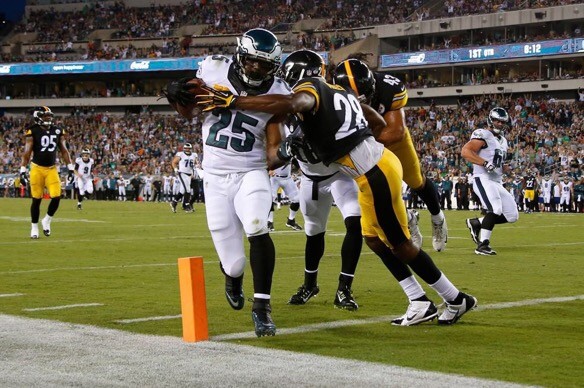 Q and A with LeSean McCoy in ESPN The Magazine:

Q: You told The Philadelphia Inquirer in April that Chip (Kelly) doesn’t “like or respect stars.” What was the problem with you and Chip, and how did that relationship end?

A: The relationship was never really great. I feel like I always respected him as a coach. I think that’s the way he runs his team. He wants the full control. You see how fast he got rid of all the good players. Especially all the good black players. He got rid of them the fastest. That’s the truth. There’s a reason. … It’s hard to explain with him. But there’s a reason he got rid of all the black players — the good ones — like that. [The Eagles declined to comment on McCoy’s statements.]

Q: How many other players have shared that thought with you?

A: Oh, man. People have heard it. I mean … Stephen A. Smith has talked about it. Other players have talked about it. But that’s one of the things where you don’t even care no more. I’m on a new team, ready to play. So it’s nothing to do with Chip. I have no hatred toward him, nothing to say negative about him. When he got [to Philadelphia], I didn’t know what to expect. When he let DeSean go last year, I was like: “C’mon. DeSean Jackson?” So it is what it is.