Greg Hardy’s teammate says he is against Domestic Violence, but Hardy is his teammate 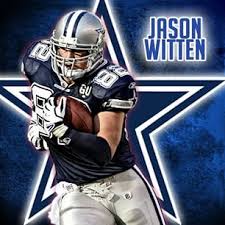 Jason Witten the Cowboys starting tight end, says he is against Domestic Violence, but has respect for his teammate

Jason Witten the big Ole country boy from Tennessee is not a person that condones beating a woman. He is in catch 22 however, because his newest teammate Greg Hardy, was arrested for domestic violence.  Witten always tries to defend his teammates, and he did not shy away when recently asked at a football camp.

“I think more than anything I think everybody knows (I’m against) domestic violence,” Witten said Sunday at his football camp at Liberty Christian, via ESPN.com.

“That’s unwavering. That’s something that I lived, my family lived. But that guy is a teammate of mine, so I think you have to look at it from that standpoint. As coach (Jason) Garrett says, it’s our job to invite those guys in and create a standard of how we do things. I think he’s done a great job since he’s been here. It’s not my job to decide who comes in. I’m a tight end. But I’ve been really pleased how he’s approached it and how he goes to work and what kind of teammate he’s been. The day he got suspended, the next day he’s in there working out, so I think that’s kind of the mentality he has, what kind of work ethic (he has) and what he’s trying to prove in Dallas.”

“I think when you add the guy like that and then he gets suspended and you never know how it’s going to come out,” Witten said. “The guy works his tail off. Our job is to welcome him and show him the way we do things and embrace him as a teammate, and he’s done everything that you want. He’s a hard worker. Obviously he’s a talented player. I think he’s learned a lot from what he’s gone through in the last year. He’s had a good offseason.”