Giants WR Odell Beckham Jr. tells opposing teams it would not be smart to double team him 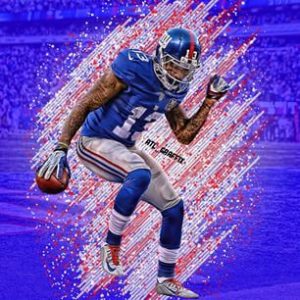 Odell Beckham Jr. of the New York Giants is a very good football player and had a phenominal rookie year, but is he getting too cocky?  Beckham Jr. first said last week that football players deserve to be paid more, and now he tells opposing teams to not double team him because it won’t work.

Beckham’s 606 yards in December were the most by any rookie in one calendar month. Many will try to contain Beckham, but if they do Rueben Randle and Vic Cruz might eat, so he might be right.