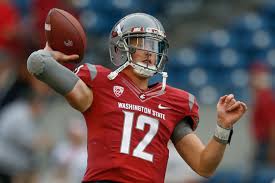 Former Washington quarterback Connor Halliday saw his college career end abruptly when his leg was broken during last season’s USC game. The injury made it impossible for him to participate in the Combine or Washington State’s Pro Day, but that didn’t matter to the Washington Redksins.

They were willing to give him a shot anyway, and signed him as a free agent. However, as it turns out it looks like Halliday is ready to leave football behind according to the Washington Post.

The news is somewhat surprising. After his injury last season he sounded pretty broken up when he responded to a fan on Twitter wishing him well as he recovers.