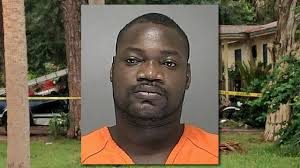 Former New York Giants running back Jermaine Green was sentenced to 12 years in prison for the knife attack of a female.

Yesterday a Florida Judge sentenced Jermaine Green, a former New York Giants running back, to 12 years in prison for the 2013 knife attack on a woman he held captive inside a Daytona Beach home.

Body-cam video captured the moment police shot Green after they found him holding his 37-year-old girlfriend, Katrina Johnson, at knifepoint in September 2013.

Green was shot several times, and Johnson was shot once in the arm, police said. There was a very scary video that was released, and the Daytona, Florida native was very lucky he was not killed.