Former Jets WR Braylon Edwards was arrested for DUI; He was WASTED 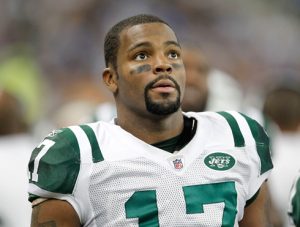 Braylon Edwards as charged with a DUI, he was WASTED according to reports

According to TMZ Sports, former New York Jets wide receiver Braylon Edwards was arrested for DUI and he was wasted according to reports.

The 32-year-old — who played for the Browns, Jets and 49ers during his NFL career — was pulled over in the early hours of May 4th … according to police records.

It’s the 2nd time Edwards has been arrested for driving under the influence in the past 5 years, he was popped for drunk driving in 2010.