Former FAMU/LANE College football player was killed by his boyfriend 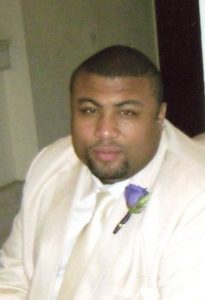 According to reports a 25 year old man named Andrew Watts is facing prison time for murdering his male sexual partner who was a former Florida A&M University football player.

Andrew Watts, who lived in Michigan, is charged with first-degree, premeditated murder in the Oct. 27 shooting death of Amir S. Hudson, 36. Hudson was a former Rattlers football player.

According to the obituary, Amir was awarded a football scholarship from Florida A & M.  He attended FAMU for 2 years, then transferred to Lane college where he graduated in 2002 earning a BA Degree in Criminal Justice.

Watts has suffered from mental issues for which he was taking medication, said Warren police Detective Paul Houtos.

Houtos said Watts shot Hudson in the early morning hours as the victim slept on his couch because Watts was upset that Hudson did not want to pay for a sexual act. Hudson for the past few years had been paying Watts for sexual favors, according to the Macomb Daily.

“He was upset that Hudson didn’t offer him any money,” Houtos said.

This is a pretty sad story, people are getting killed left and right in America.