Illinois State running back Marshaun Coprich has been reinstated by the team after he plead guilty to drug charges. He received two year’s probation. 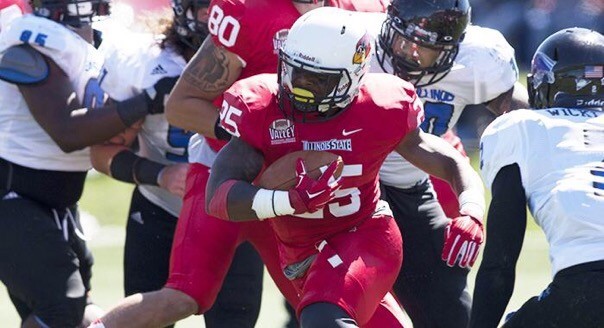 He was charged with a Class 4 felony charge of unlawful delivery of cannabis. Coprich was arrested earlier this month after selling marijuana to an undercover police agent. As part of the plea, Coprich will also serve 30 hours of community service and pay a $170 fine.

Less than an hour after Friday’s hearing, the football team announced Coprich’s indefinite suspension has been lifted.

“As a program, we will monitor the situation closely and comply with any and all University requirements set forth for Marshaun moving forward,” Head football coach Brock Spack said in a statement.

@Pg_Reinhardt: Marshaun Coprich given “first offender probation.” If he completes it without incident, drug charge will be removed from his record.