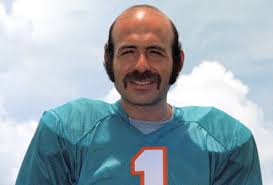 Today, Miami Dolphins legendary kicker Garo Yepremian passed away at the age of 70

As a former kicker, I am saddened by the news of Garo Yepremian passing away.  Yepremian, who played 14 seasons in the NFL and won two Super Bowls with the Miami Dolphins, died at a hospital in Media, Penn. He was diagnosed with cancer in May 2014, his wife, Maritza, told the Associated Press.

A native of Cyprus, Yepremian emigrated to the United States with his brother at the age of 22. After watching an NFL game on television, he became convinced he could kick for an NFL team. He was a soccer style kicker that had an amazing career. RIP GARO