Do you remember the first time the New England Patriots cheated? 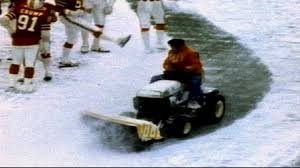 Do you remember the first time the Patriots cheated?

Let’s go back to 1982, when the New England Patriots were 2-3 and could not withstand another loss in their division. They were hosting the Miami Dolphins who would go on to the Super Bowl.

The night before the game, the NFL made an emergency plan to allow a snowblower to clear the field at 10-yard intervals during breaks in the action, because of the amounts of snow and ice that was piled on the field.

With 4 minutes 45 seconds left in the fourth quarter, the score was 0-0. The New England Patriots drove down to the Dolphins’ 16-yard line. The Patriots were facing a fourth down and when the field-goal unit came on, a man named Mark Henderson drove the sweeper onto the field. But instead of sweeping only the 20-yard line, Henderson veered three yards wide, across the 23, where Matt Cavanaugh would hold the ball for placekicker John Smith.

Don Shula the Dolphins head coach went nuts but it did not matter, the Patriots kicker nailed it through the uprights and the Patriots won 3-0. 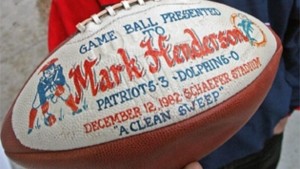 He even received a game ball from the team