Did Broncos defensive lineman Antonio Smith sexually abuse one of his family members? 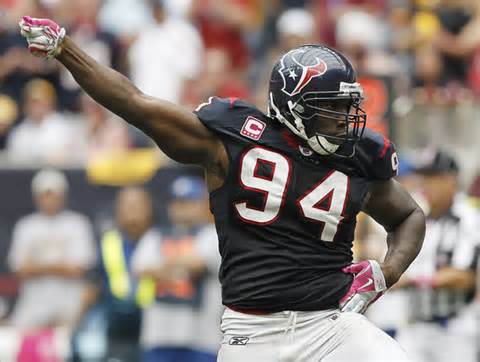 Last week reports surfaced that Antonio Smith the former Houston Texans defensive lineman and current Denver Bronco was under investigation for child abuse.  Well, it could be more than child abuse now according to TMZ Sports.

The Texas police department is investigating the crime, and according to TMZ, the abuse was sexual and it involved his relative.

Now, a family source tells us the accuser told investigators the alleged abuse involved repeated sexual contact from December 2010 through January 2014. We’re told the accuser is related to Smith, but not an immediate family member. According to our source … the alleged victim also told investigators about a conversation when Smith told her, “God has a plan,” and “some relationships are meant to go deeper than just blood lines.”

While no charges have been filed against Smith, this could be a huge matter if they can somehow find it to be true.