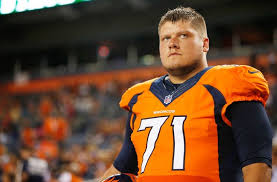 On Monday, the Denver Broncos announced that they waived tackle Paul Cornick. Cornick spent two years on the Denver practice squad before landing a spot on the active roster for the 2014 season. Cornick played 12 games last year and made six starts on the right side of the offensive line in the middle of the season as the team shuffled their options in hopes of finding an effective unit.

Cornick became expendable when the Broncos selected Colorado State’s Ty Sambrailo in the second round of the draft. Sambrailo is expected to compete for the starting job at right tackle.