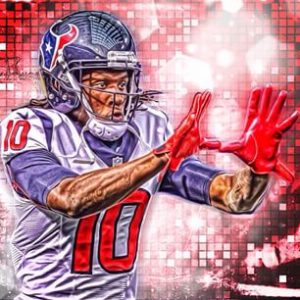 DeAndre Hopkins has eclipsed 2000 plus yards already in his early NFL career.

The other day, Houston Texans head coach Bill O’Brien stated that he felt DeAndre Hopkins is one of the best wide receivers in the NFL.  When I initially read that statement I was sort of blown away, until I found this statistic on twitter.  DeAndre Hopkins is still a baby, the kid is 22 years old and has already eclipsed 2000 plus receiving yards joining, Randy Moss, Josh Gordon and Larry Fitzgerald.  That is a pretty amazing statistic.