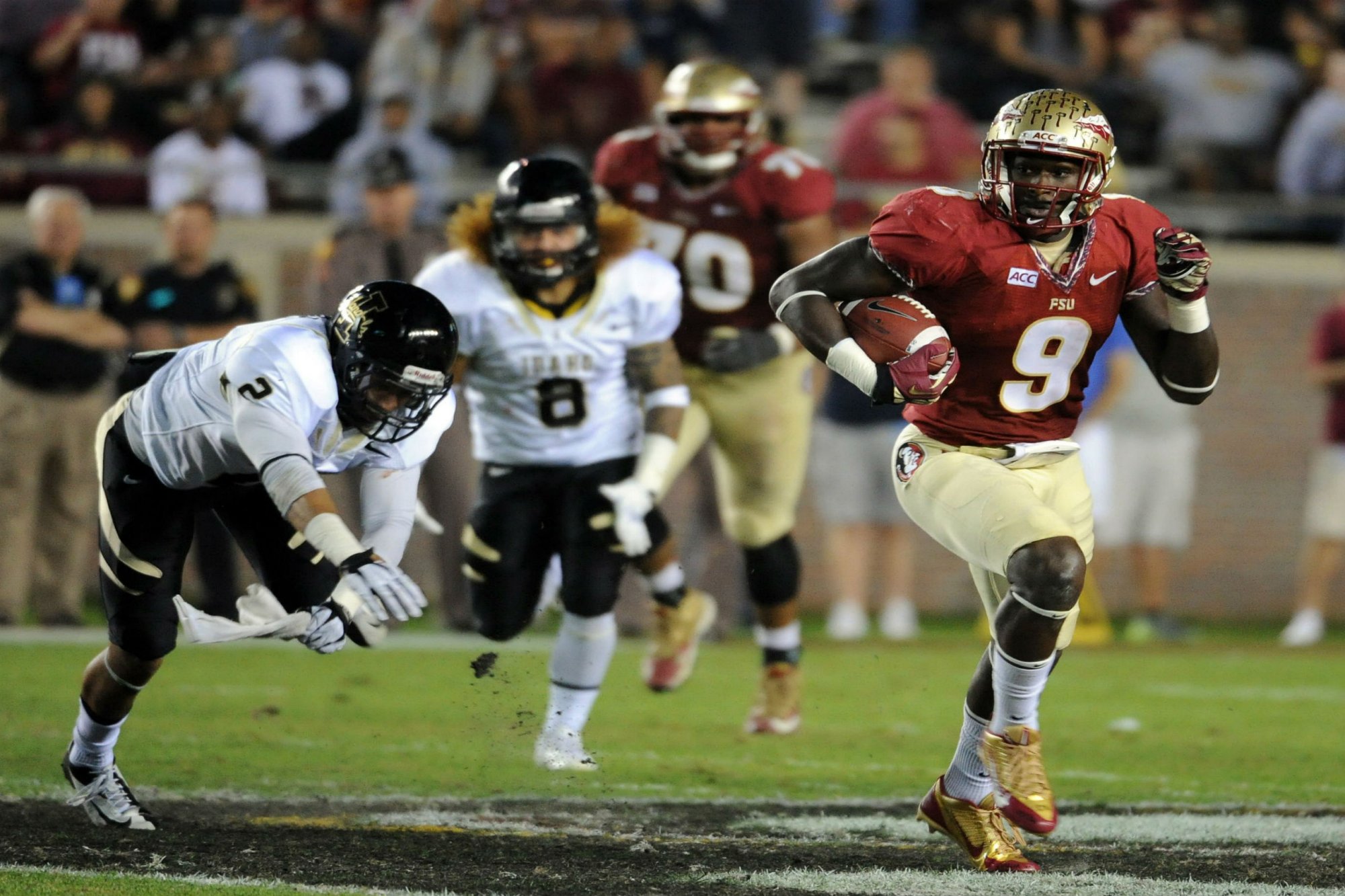 Bills need to revert Karlos Williams back to Safety

Yesterday, when the Buffalo Bills selected Karlos Williams the running back/former defensive back from the Florida State Seminoles, many fans were upset. They could not believe why Williams was selected when the Bills had LeSean McCoy, Fred Jackson, Bryce Brown and Anthony Dixon in their backfield. Don’t discredit the Buffalo Bills scouting just yet…..

Could the Bills revert Karlos Williams back to safety? Karlos Williams was projected as a defensive star when he arrived at Florida State as the No. 5 overall recruit in the nation in 2011.

Williams’ high-water mark on defense came in an emergency stint at linebacker in his sophomore year during the ACC championship game, in which he made 11 tackles and secured a game-clinching interception. He’s also starred as a kick returner.

It sounds like the Bills can use Williams in a rack of different positions, but right now they need a safety and Williams brings the tenacity that Rex Ryan loves.

Think about it Bills fans, let a player play his natural position. I remember him being a very hard hitting safety at FSU.