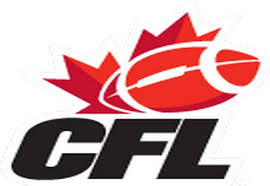 CFL will become a major NFL developmental league in years to come. It has already started

The CFL has been around forever, and many great players have been developed north of the border. Guys like Warren Moon, Doug Flutie and Cam Wake all came from the CFL.  After last year’s success with the FXFL here in the United States, I believe the CFL noticed they could attract much better talent.

The Canadian Football League recently changed the collective bargaining agreement allowing a 2  year deal (1 plus one year team option), which is different than what they used to have. The CFL was always a 3 year contract (2 plus one year team option). What this move did was allow players who may not have film professionally to go the CFL and get 2 positive years or at least one year of film.  This will begin a trend and you will see many NFL players funneling back into the NFL.

Here is how the CFL roster is broke down now:

Each team may dress a 44-man active roster consisting of:

With guys like Rakeem Cato, Adrian Hamilton, A.C. Leonard, Kenny Tate, Terrance Bullit, John Stevenson and others, I would not be surprised to see many more CFL players getting a shot back with the NFL soon.