Can we call Tennessee State University, LINEMAN U? 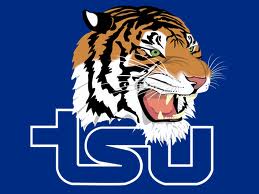 Tennessee State football has produced 6 offensive lineman in the NFL over the past 3 years.

It is not easy for a small school to have a player drafted or even get a shot in the NFL, but over the last three year’s, Tennessee State University has sent 6 players to the NFL.  They only have 9 players in the NFL as we speak and 6 of them are offensive lineman.

In 2014, guard Kadeem Edwards was taken in the fifth round by Tampa Bay and center Demetrius Rhaney in the seventh round by St. Louis. Throw in tackle Rogers Gaines (New York Giants) and center Sherman Carter (Detroit), who both signed as free agents in 2013, and that’s a total of six linemen in the past three years who have left TSU with an opportunity to play in the NFL, according to Mike Organ of the Tennessean.

It may sound strange, but Tennessee State is making a name for itself on the offensive line front.  That happens because they have a coach by the name of Russ Ehrenfeld. Russ has been getting these young men ready, and I would not be surprised to see many more in the near future.  #LINEMANU is real, congrats Tennessee State!