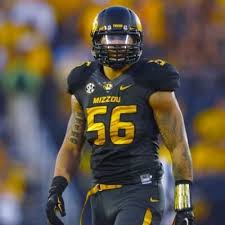 Shane Ray fell down draft boards quickly after he was cited for marijuana a few days ago in Missouri, but the former SEC standout told his future boss, there would be no issues.

“I guaranteed Mr. Elway that I will not have any issues,” Ray told a swarm of reporters. “As I said before, I’m not a person who has character issues at all.”

NFL Media Insider Ian Rapoport reported that due to his citation, Ray will begin his NFL career in the league’s substance abuse program. He will be tested frequently for two years, but that will not slow him down.  He had a message for the teams that passed on him.  Slated as a top-10 pick prior to his incident, Ray was incensed that some teams passed on him because of one “mistake.”

“I will let all those teams know they made the hugest mistake of this draft,” he said