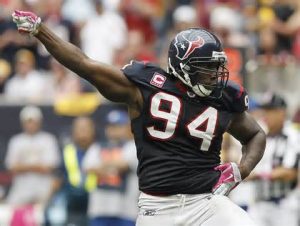 According to Mike Klis of KUSA, Denver Broncos defensive end Antonio Smith will not participate in OTAs because of “personal reasons.”

The Denver Broncos signed Antonio Smith in April, but claim they did not know of the circumstances when signing him. According to Klis, Broncos General Manager John Elway met with coach Gary Kubiak and team president Joe Ellis about the matter, and had “several discussions” with Smith.

Smith hasn’t been charged, but the complaint is still being looked at by the Fort Bend County (Texas) District Attorney’s Office. There are rumors on TMZ, that say Antonio Smith is being charged for sexually assaulting a relative or his who is a child.