Broncos cornerback Tevrin Brandon was hit by a car and hospitalized 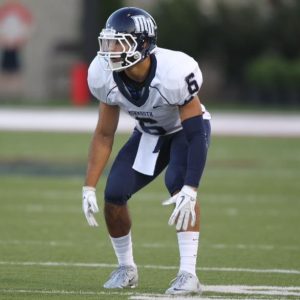 Tevrin Brandon of the Broncos was struck by a vehicle and hospitalized this weekend.

Denver Broncos cornerback and former small school standout Tevrin Brandon was hospitalized briefly this after being struck by a car in Belmar, New Jersey according to Dan Ivers of NewJersey.com.

Capt. Andrew Huisman of the Belmar police said Tevrin, was crossing Highway 71 near its intersection with Highway 35 around 2:24 a.m. when he was hit by what is believed to be a black Ford F150 pickup truck.

The truck fled the scene following the collision, and has yet to be located, according to Huisman.

Tevrin sustained minor injuries, and was taken to Jersey Shore Medical Center in Neptune City and released from the hospital.