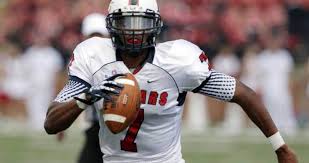 South Alabama quarterback Brandon Bridge is a gunslinger, but for some reason no team has signed him.  This is a strange year for the quarterback position.  Only seven QB’s were drafted this year, which is the least amount of players drafted since 1955.  The Canadian quarterback Bridge might need to head to the CFL, but he will at least get a work-out.  According to TSN, he has a mini camp invite to participate with the Cowboys.

Farhan Lalji    @FarhanLaljiTSN
Brandon Bridge has a mini-camp invite with the Dallas Cowboys. He has not signed a contract with the Detroit Lions. #NFL #CFL

UPDATE: Brandon Bridge    @Air_Canada_7
Draft didn’t go the way I wanted but life is a marathon. Blessed to say I’ll be going to The Dallas Cowboys as a free agent. #ShowYourWorth