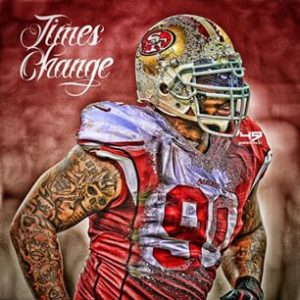 49ers DT Darnell Dockett says he commends the Patriots on willingness to win.

While many people are upset that the Patriots cheated, one 49ers player took to Twitter to commend the Patriots on willingness to do whatever it takes to win a Super Bowl.

You have to the love the patriots . They do anything to win a Super Bowl .#mytypeofteam😊

Darnell Dockett is a very voicetress player that doesn’t care what people think. The 49ers defensive tackle just wants to play for that ring.

Some players may never win a Super Bowl ring, but I thought this was a very interesting statement. Some people feel the Patriots are cheaters and they are wrong, but they do have the hardware to prove they were the best team in the NFL.

To some the chance to win it all is all they play for.  So would other players be willing to cheat to win it all?