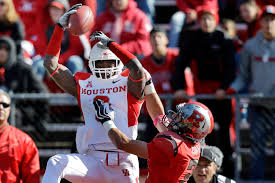 Many players decide to declare for the NFL Draft early, but many of them do not realize how hard it is too make a roster. In the 2014 NFL Draft, a record number of 98 underclassmen, plus four more players with degrees, were granted eligibility for the draft. Of the 102 early entrants, 38 went undrafted (37 percent). This year 24 of the 84 players went undrafted.  The numbers are down quite a bit, thanks to the new rule in college football, but this still could have been prevented.