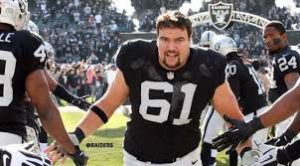 Brian Schwenke and Chris Spencer, who is now a free agent, held down the position in Nashville last season, but failed to distinguish themselves as long-term answers at the position.

Wisniewski has drawn plenty of interest around the league since free agency opened with the Jaguars, Patriots, Buccaneers, Seahawks and Bears among the teams that have met with him or shown interest in his services.