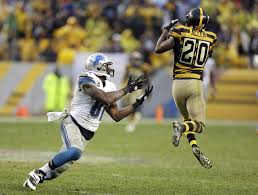 According to his Twitter account, Will Allen has re-signed with the Pittsburgh Steelers in the wake of the Troy Polamalu retirement.

Will Allen 20    @WillAllenWAF
Excited to be back in the black and gold + be a part of this great city! #steelersnation #pittsburgh

The 32-year-old Allen has played five of the last six seasons for Pittsburgh. He appeared in all 16 games for the Steelers in 2014, starting four games in place of the injured Polamalu, who announced his retirement Thursday night. Overall, Allen (6-1, 200) has notched 329 tackles and six interceptions in his NFL career, which began in 2004 with Tampa Bay.