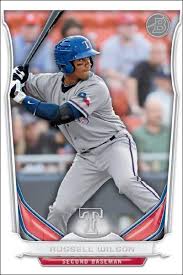 Russell Wilson says he will not leave the NFL for baseball

There have been rumors that Seattle Seahawks starting quarterback Russell Wilson wants to leave baseball, but the Pro Bowler said while he loves the game, he will remain in football.

“I didn’t say I was going to leave the NFL,” Wilson said on The Herd. “I love playing the game of football, to be one of 32 men [starting NFL quarterbacks] in the world who get to do what I do. It’s a special thing and I’ve been able to play in two Super Bowls and I’m only 26 years old. That’s been a blessing.

“But baseball was my first love since I was 3 years old. It’s something that’s meant a lot to me. It was my dad’s dream for me to play two sports, so I’ve never killed the dream and probably never will. It’s something that I think about all the time.”