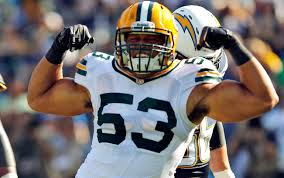 Rob Demovsky of ESPN is reporting that the Green Packers are not expected to pick up OLB Nick Perry‘s fifth-year option in the coming weeks. The deadline to exercise 2016 options is Sunday.

The option year would cost the Packers $7.75 million to keep Perry under contract for 2016, and it would be guaranteed for injury immediately. Without it, Perry, the 28th overall pick in 2012, would become a free agent after this season.

All first-round picks taken in 2011 or later signed four-year deals with a club option for a fifth year. It was a provision added to the collective bargaining agreement following the lockout after the 2010 season.