NFL Scout tells us “It is not about the weed, it is about the timing” for Shane Ray 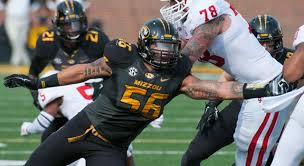 Shane Ray may have pissed off some people with his recent arrest. BAD TIMING…

NFL players are busted for drugs all the time.  To be honest many NFL teams do not care that much about marijuana because there are so many players that are using it.  Well we talked to long tenured NFL scout this morning about the Shane Ray situation and he shed some light on the situation.

I asked the scout about the Shane Ray situation and he said something that I myself did not really take into consideration.

“When you are drafting a player in the first round, you are drafting a player that is expected to start right away. You are looking for a player that is going to be a game changer, a guy that will be a class act for your organization.  He is the face of your draft, because you are taking him in the top 32 picks of the draft.  So when you look at a player like Shane Ray from Missouri, you have to take into consideration the problem.

He was cited 4 days before the draft with possession of marijuana. If you are a scout and you love this guy on film, how do you sell this to your GM?  It shows poor decision making skills and ultimately is horrible.  It is not about the weed, it is about the timing.  Did he now know the draft is in 4 days?  These are the questions you have to ask yourself.

Many guys have tons of talent, but the turn people off with their attitudes, or their acts.  I have watched guys talk on social media, and it makes my stomach hurt.  NFL teams are watching, and they investigate these guys hard. Remember if we make a wrong decision it could be our jobs.  I love my job, and if  I feel you cannot make a good decision, I will avoid you.  You cannot sell a poor decision maker to a multi-million dollar organization, especially with how the media is so involved these days.  Perfect example is the attention the Ravens received for Ray Rice. Since his incident, three solid players have been cut for minor incidents, WHY?  The media…”