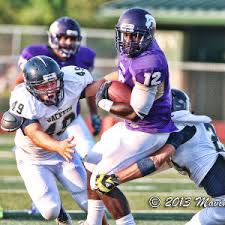 My parents are my role models. Just to see the trait of being a hardworker and how far it can take you. Motivates me with my craft yet alone through life and the importance of establishing a relationship with God.

One scout from the Carolina Panther John Peterson (Area Scout). He referred me to Mark Koncv (Professional Scout) in Carolina Panthers organization where I just emailed him my information and waiting for feedback. I haven’t talked to any other scouts, but I been doing a lot of leg work with reaching out to different organizations amongst the NFL/CFL selling myself the best way possible. I currently got drafted by two arena teams Savannah Steam who I currently play for now and the Corpus Christi Fury. I pursued arena ball right after my fall season to keep myself active and obtain more film to showcase my talent amongst a professional level. 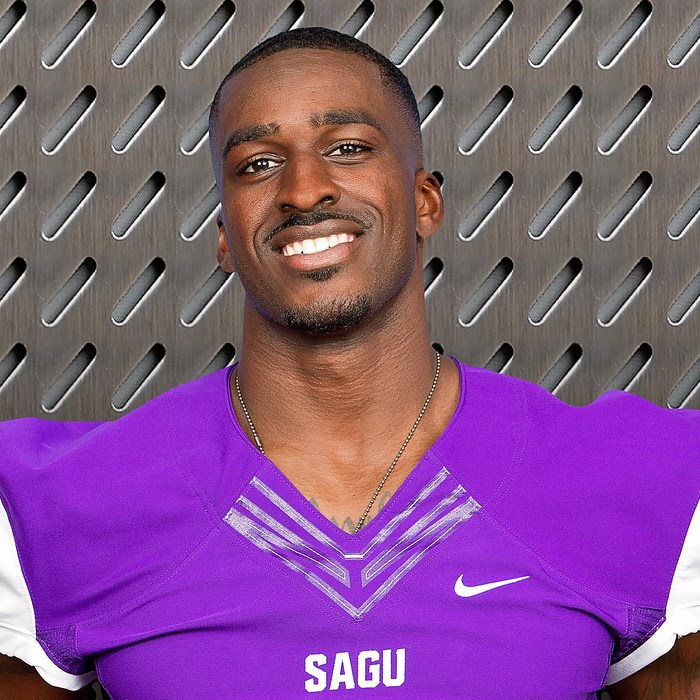 I’m a patient running back with great vision/footwork who gets north and south off a one cut and go type running style. I can catch out the backfield well as line up at slot or the outside at WR. I can read a a defense from the technique the defensive linemen, to how many backers or in the box, and the coverage the secondary could be showing during my pre-snap read. In my career I was very successful on third downs and goal line situations. I’m a complete every down running back who can be used any where on the field.

I myself was the toughest player I face. Just for the simple fact I am my own competition and my own worse credit who competes with myself to get better day in and day out.

Emmitt Smith. He was a patient runner who ran hard but was relentless no mater the circumstance. He face the same or similar criticism that I face with being to slow and not a fast back for the league. Emmitt was a very hard worker and didn’t settle nor stop after being rejected or label as someone who couldn’t get the job done.

Chasing my dream and stepping out on the limb of faith pursuing something that few get to be apart of. I overcome it by consistently working hard and praying to God. Its a everyday grind on this journey of life to remain focus and stay true to what you believe in and achieving short term goals well as long term goals.

Taking a dump (#2) before every game preferably before warm-ups, and giving God thanks for the opportunity to compete.

Receiving gifts from others because I always been a giver.

My name is Troy Griffin and I can contribute to your organization on the field well as off the field. I’m a hard worker/motivator who is very passionate for the game of football and refuse to shut down when the wait of the world is on my shoulders.

Steve Smith and the Carolina Panthers. Just cause of the dog mentality that he plays with while having a chippy edge when approaching a defense. Ever since 2003 when the Carolina Panthers played in the Super Bowl in Houston, Tx. And Janet Jackson/ Justin Timberlake had the All- Star performance with the removing of her chest garment. I became a fan since I was 12 years old. Hahaha it was quite the experience to have.