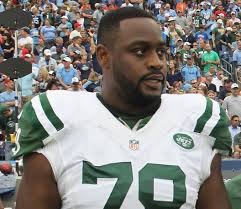 Today the New York Jets re-signed defensive tackle Leger Douzable according to Kimberly Martin.  He was originally signed by the Minnesota Vikings as an undrafted free agent in 2008. He played college football at the University of Central Florida.