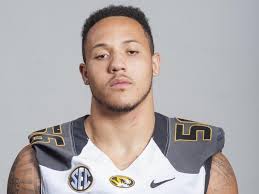 Yesterday, Shane Ray may have kissed millions of dollars goodbye with a dumb decision to have marijuana on his person while driving in Missouri.  Ray was cited for possession of marijuana after being pulled over and now the former SEC terrorizing linebacker released an apology for his ignorance.

Ray released a statement Monday night that was posted on the Facebook page of ESPN’s Adam Schefter. Ray apologized to his mother, to fans and to NFL teams that may be interested in drafting him for exercising “poor judgment.” He also said he was “embarrassed” and was aware that there would be “consequences” for what he did.

“I will make better choices in the future,” Ray said. “It is imperative that I continue to strive to better myself. My future NFL career has been something I have always dreamed about and is very important to me. I commit that my actions will represent that. There are no excuses here and I will take the necessary steps to ensure this will not happen again. I will not jeopardize my ability to have a positive impact on and off the field moving forward.”