Lions are still hoping to re-sign Rob Sims; Would not rule out re-signing Rodney Austin 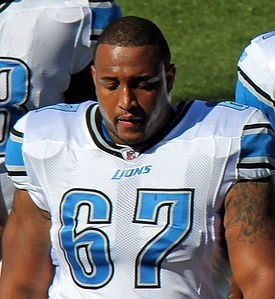 Martin Mayhew the Detroit Lions general manager is not done adding players even though their salary cap is at rock bottom.  Mayhew said that he had to release Rodney Austin after Austin was arrested for Domestic Violence.  He did not rule out re-signing Austin at a later date, but did say he spoke with him.

“I found out that he had a domestic violence incident last Thursday. So if there was some speculation about when I found that out, it was last Thursday. I wanted to sit down and talk to him about that,’’ Mayhew said. “I talked to him and decided the best thing for us to do was move on from him. I told him, I said, ‘Hey, I have not closed the door on bringing him back.’ But until he gets his legal issues resolved, I thought the best thing for us to do as a franchise was to move on.”

He was signed as an undrafted free agent by the Lions in 2013 and spent most of that season on the practice squad. Rob Sims on the other hand started every game at left guard for the Lions for the past five seasons, but Mayhew said he has been in talks with him as well.  Mayhew said the team made an offer to Sims, but it is unclear whether or not Sims will accept the deal.

“We’ve had some discussion with Rob. I really don’t know the answer to that. I spoke to his agent probably about three weeks ago and we had an offer out to him,’’ Mayhew said. “That’s kind of where we are right now. We’ll have to kind of wait and see what happens.”