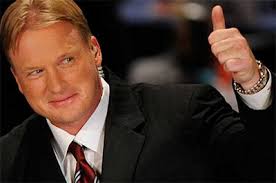 Jon Gruden is a huge fan of Marcus Mariota, and he is now comparing him to a taller Russell Wilson. Gruden was upset and doesn’t get why Mariota is not the guy coming off the board first.

“I don’t understand why [Mariota] isn’t the No. 1 player in this draft on Mel Kiper’s Big Board,” Gruden said via Sporting News.

“I don’t know anybody in this draft that can do for a football team what Mariota can do,” Gruden said. “He can read the field. That whole thing about Oregon being a no-huddle, dive-option team, that is just a narrative resulting from a lack of information. The Ducks run a lot of pro-style concepts. Mariota does a lot with the protections. I’ve seen him throw the ball with touch and timing in tight windows.” The former Bucs coach points out that Mariota is the same size as Jameis Winston but runs 4.52 forty. He is incredibly elusive, and man, is he a playmaker and a great competitor. I see him functioning in the pocket, out of the pocket, and if you want to run a zone-read, he’ll rip the defense apart. He is like Russell Wilson, only he is 6-4.”

Do you agree with Gruden?