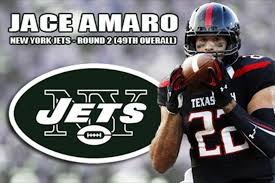 Jace Amaro is no longer being coached by Rex Ryan, but his comments via Sirius NFL Radio on Monday make you wonder if he was taking a shot at Rex Ryan. When he was asked about Todd Bowles and the Jets new coaching staff, Amaro said the Jets had an issue under Rex Ryan with tardiness.

“(Bowles) came in telling us that he expects to win,” Amaro told Sirius XM NFL Radio on Monday, per Newsday. “He’s not really playing around with everybody being late. We had an issue with that last year. I think guys just weren’t accountable last year as much they could be. And I think that’s the biggest thing.”

We all know Rex is a player’s coach, but this makes you wonder about the Bills future?