Jaguars want to trade Marcedes Lewis, but could be forced to pay some of his salary 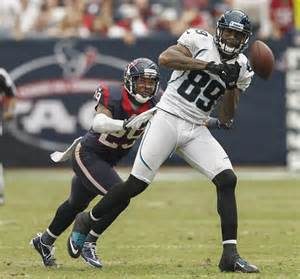 The Jacksonville Jaguars might want to get rid of Marcedes Lewis now that they have Julius Thomas, the problem is Lewis is 31, only recorded 18 receptions last year, and has a huge contract.

When Tampa Bay traded free safety Dashon Goldson to Washington on Friday, it agreed to pick up the $4 million bonus in his 2015 contract. This could be a way for the Jaguars to create demand for tight end Marcedes Lewis.

If they restructured Lewis’ contract so some of his $6.65 million base salary was converted into a bonus, the market could grow for Lewis if he cost a team only, say, $3.25 million. That appears to be the best route for the Jaguars to acquire an extra late-round pick.

A team like Oakland makes sense for Lewis, who was a Pro Bowler in 2010.  I would be willing to give up a late rounder for a solid pass catcher, would you?