Former NFL running back arrested on his Alma Maters campus 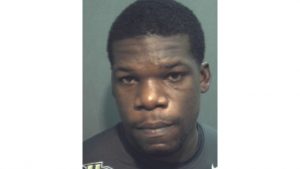 Former Detroit Lions running back Kevin Smith has been arrested on UCF campus according to WESH News in Orlando.

According to UCF police, an officer was investigating a crash from Saturday that Smith was allegedly involved in. Police said Smith was accused of improper backing, driving while license suspended and leaving the scene of an accident without providing information.

An officer tracked Smith down to the Harris Corporation Engineering Center, where Smith was scheduled to have a class Tuesday morning.

According to his arrest report, Smith denied that he was involved in a crash Saturday and refused to sign a citation.

Smith attempted to walk away from the officer, and he was arrested and charged with resisting/obstructing an officer without violence, police said.