Jeff Garcia was close to becoming the Rams quarterback’s coach a few month’s ago and now it is safe to say that he will not find a job with the Niners. 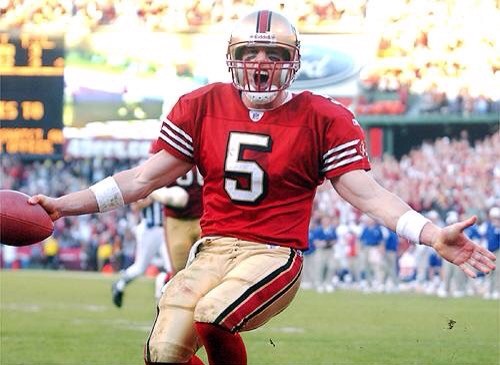 When asked about the 49ers management and how they have handled the team in 2015, he went ham.

“As a fan you have to really look at the management of the organization and the decisions that they’ve made for that team,” Garcia told the Times-Standard. “Sometimes what I see . . . is you have a lot of personnel that are in positions of power that don’t have real football backgrounds. I’m not saying that’s Trent Baalke, but I’d like to see what his background is, and what gives him the true power to make those sort of decisions. . . . We know that Jed York never played football.”

“Trent Baalke and Jed York together, teaming up against Harbaugh,” Garcia said. “At my time it was Mariucci against Terry Donahue and Dr. York. For whatever reason they let Steve go, they brought in Dennis Erickson . . . and two years later they’re getting rid of Dennis and going on to a number of different head coaches, a number of different changes. None of those worked out until Harbaugh was brought into the program.”