I have 2: Jesus because He died for my sins and gives me a chance daily to get up and be the best I can be

My  Father because he supports me and motivates me in everything I do and shows me how to be a well rounded man.

High School: Linebacker, running back, and a little Wide Receiver 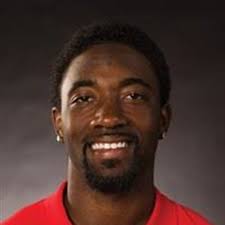 My tackling ability and my knowledge for recognizing route combinations

Brent Grimes because he is tenacious, aggressive, a ball hawk and isn’t afraid to hit someone.

Transferring from a D2 to D1aa as a walk on and earning my scholarship. I overcame it by just being tenacious, positive, consistent and doing things the right way on and off the field until my opportunity arrived.

I get my wrist taped and write the initials of my family, church, my friends that passed away and Jesus’s name on my wrist.

I am a student of the game

I get down on myself when I make mistakes