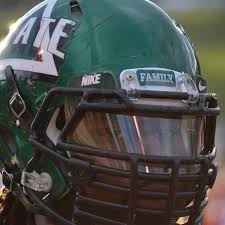 WKU was the only one that wanted to offer me till I tore my ACL my senior year, they told me to walk on my first year to rehab and they would offer me the next year.

I would say my mentor Lewis Taylor has been really inspirational to me. He took me to the gym every day at four in the morning. Then I would stay for about two hours training and he would take me to get some lunch before school. Then every day after school he would work with me to train me. The Baileys were the also instrumental. Dr. Bailey was the President of Mississippi Delta Community College and Mrs. Bailey was a teacher there. I was introduced to them by one of the coaches that recruited me. They took me in as a family member. Even when I didn’t have food in my room they would bring me food. They met my family and became my parents away from home. Until this day I know I can call them and they are always there for me no matter what.

None at this time.  I know they will be calling soon or later.

I went to state in weightlifting for 3 years. I participated in wrestling and track and field.

My speed and strength separate me from everyone else.  I can run around linemen and beat them.  I play inside/ outside or standing up DE.

Leverage and footwork. I look to see if the player has quick feet and if he plays high or low.

It depends on the position that I am playing. Outside linebacker I’m more like James Harrison and Elvis Dumervil. I am built just like Harrison. At the middle I play like Ray Lewis, I like to come down hill to hit someone in the mouth like Ray.  When I meet a player in the whole one on one. run sideline to sideline to make a play.

My early life in Haiti was filled with obstacles. My parents moved to the United States when I was very young and I was raised by my grandmother and my aunt in the  small town of Arcahaie.  Arachaie was was dangerous and harsh. We did not have running water and I had to walk a mile for water.  I had to walk five miles to get to school and before I went I had to tend the family livestock. Life in my town was dangerous and difficult. Hospitals were not close by. People usually died from violence or lack of medical care.  When I was ten years old, my mother returned to Haiti to bring me back to the United States with her. The transition was really difficult because I did not know the language and I had no friends. Kids made fun of me because I did not understand the language and I had to fight back. Suddenly I was getting into trouble and it seemed I had come here to fall into the same trap I had managed to avoid in Arcahaie.  I was filled with hate and anger. Sports become my way to escape. When I got involved with football, it felt like I had found my purpose. I was on track and my outlook on everything changed .The sacrifices my parents made to bring me to Winter Haven, Florida were difficult to understand at first. How do you leave a one-year-old child behind to go to another country and make a living? When my mother came to get me, I hardly recognized her, but I was ready to go. I now have better appreciation for my parents for what they had to do in coming to the United States. I overcame extremely difficult circumstances to finally pursue my goal of becoming a professional athlete. Knowing that I survived the harsh streets where a kid was just as likely to see a dead body as a live one  makes me proud. My love for football has made me a more positive, compassionate and focused human being and I would like to share that with the world.

I have to take a hot shower before every game. I walk the field to have a prayer, i talk to God ask to keep me safe also to have a great game.

I am impatient while I am on the sidelines.  I like to be in the action on the field.

He wouldn’t be disappointed by picking me. I would play anywhere on the field to help the team win. I would give everything that I have to the team to help win a super bowl.

My favorite has to be Ricky Williams and  LT Lawrence Taylor. Miami Dolphins and Tampa Bay

Ray Lewis, 2pac, The President Of The United States, so my family would get a chance to go in the White House.