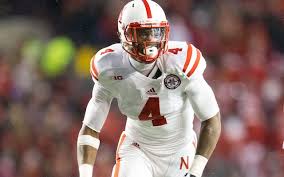 Randy Gregory calls the city of New Orleans “boring”, could they be telling him to say that?

Last year, after his pro day, former Louisville gunslinger Teddy Bridgewater watched as his stock decreased, almost knocking him out of the first round.  Not only did he decline, but he also became the main attraction for media outlets critique.  Bridgewater fell to the Vikings, and the rest is history, as he won Pepsi Rookie of the Year in 2014. So all the media hype sounds like “Water Under the Bridge”.

Let’s fast forward to last month, because another prospect has found himself in a similar situation. Nebraska pass rusher Randy Gregory was projected as a top 5 pick all year, but after failing a urine test at the NFL Scouting Combine, Gregory may now be in a free-fall.

Not only is Gregory dropping, he is also becoming the media’s favorite target.  While Gregory is not helping himself in the matter, he is definitely falling on NFL teams draft boards.

Gregory recently had a work-out with the New Orleans Saints, and tweeted that the city was boring. While he spent the next hour trying to make it right with Saints fans, the damage was already done. Media outlets criticized him heavily for the tweet, even though it seemed to be taken out of text.

Today another report surfaced from Dan Pompei of Bleacher Report, saying Gregory showed up for a team workout under 230 pounds. If that is true, his stock is sure to plummet even further.

Gregory measured in at 6-foot-5, 235 pounds at the Scouting Combine, which is only 5 pounds different and at the combine NFL teams were still in love. So is this really a major story?  I think all these stories are silly, I wonder what team is putting the stories out?  Maybe it is the Saints who pick 13th overall in the draft. It all sounds too ironic….