Dolphins lose another player, this time to retirement 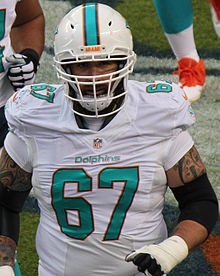 Daryn Colledge was selected in the second round of the 2006 NFL Draft by the Green Bay Packers, and today he is calling it a career.  He played college football for Boise State University. Colledge announced that he has played his final snap as a NFL player.

Colledge was limited to 13 games for Miami last year, struggling with injuries and effectiveness. He made 122 consecutive starts from 2007-2014. A former second-round pick, Colledge spent his first five seasons in Green Bay before finishing out his career with the Dolphins and Arizona.