Cowboys VP says Scandrick shouldn’t be holding out; because he recently signed a contract 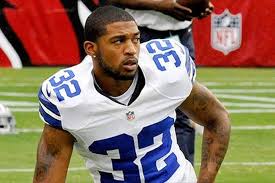 The Dallas Cowboys VP Stephen Jones told the radio station that he feel Orlando Scandrick should be on the field for these voluntary workouts because the team just re-did his contract a few years ago.

“He’s under contract, but not unlike a lot of players, they’d like to have more,” Cowboys executive vice president Stephen Jones told KRLD-FM on Tuesday, via the Dallas Morning News. “Orlando is under contract. If something makes sense for us to add some years or do something then we’ll take a look at that, but we just re-did Orlando’s contract a couple years ago and he’s been a really good football player for us.

“He’s a leader on this team, and we certainly need him out here. In my mind, he should be out here right now, working out.”

Remember this, the Vikings are looking for a starting cornerback and a first for Adrian Peterson, could Scandrick be a guy?