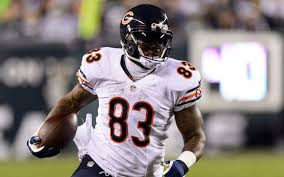 Today, there was a report that said the Chicago Bears have placed Martellus Bennett on the trade block.  The Baltimore Ravens could be the likely suitor.  The Ravens need a tight end, and they recently hired Marc Trestman who was the Bears former head coach. The Ravens also have the means to make a move. Their 10 picks are tied for second most of any team. The question is whether the Ravens want to make the financial commitment to the 28 year old Pro Bowler.

It sure sounds like the Ravens could be a potential trade partner, but we shall see what happens from here.