FiveThirtyEight.com put together a list of the NFL draft prospects QBR rating projected over a four-year term and Marcus Mariota comes out higher than James Winston.

The goal of the model is to predict a player’s Total Quarterback Rating over his first four years in the league, which is generally the length of his rookie contract. The main inputs into the projections were a player’s college stats (adjusted for defenses faced), combine /physical measurements, scout grades and play-type frequencies in college. After determining which factors mattered most, the model projected a player’s NFL success in four categories — on passing plays, on running plays, how many sacks he’s likely to take, and how many penalties he’s likely to incur — over his first four seasons. These play-type projections and how often each play is expected to occur were combined to produce the QBR projections. 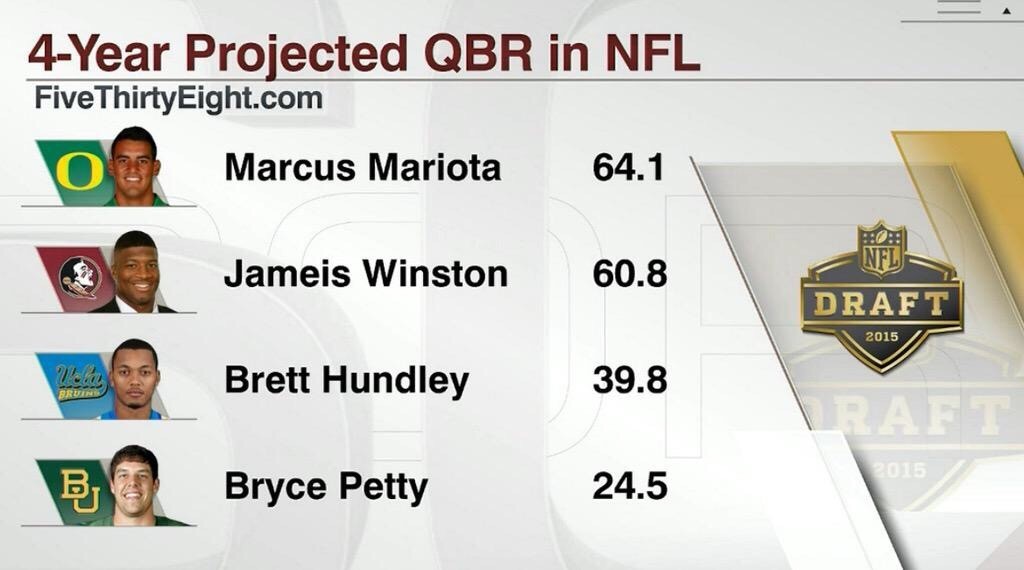