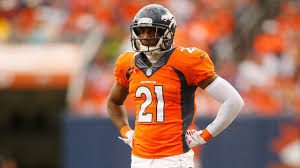 According to Rebecca Lopez, the Dallas Police Department is performing an investigation on an aggravated assault, that occurred this morning in a Dallas Night Club.  Denver Broncos  cornerback Aqib Talib and his brother are both under the scope.

Rebecca Lopez    @rlopezwfaa
Dallas PD sources say Denver Broncos CB Aqib Talib & his brother are under investigation for an agg assault early this AM at a nightclub.

The two were questioned at the scene of the assault and allowed to leave. Police have not released any details of the assault at this time. Police say the vehicles Talib and his brother were in have been towed. DPD is still gathering evidence in the case.

Talib, a six-year NFL veteran, is a Pro Bowl cornerback for the Denver Broncos. He was the 20th overall pick in the 2008 NFL Draft out of Kansas.