Bears lose a legend; Mr. Chicago himself has passed away

Former Chicago Bears linebacker Doug Buffone was found dead in his Chicago home Monday, according to the Chicago Tribune. He was 70.

Buffone was a member of the Bears from 1966-79, playing under legendary coach George Halas early in his career and overlapping with Walter Payton toward the end of his career. He recorded 1,257 tackles and 24 interceptions. Buffone was Mr. Chicago himself, RIP. 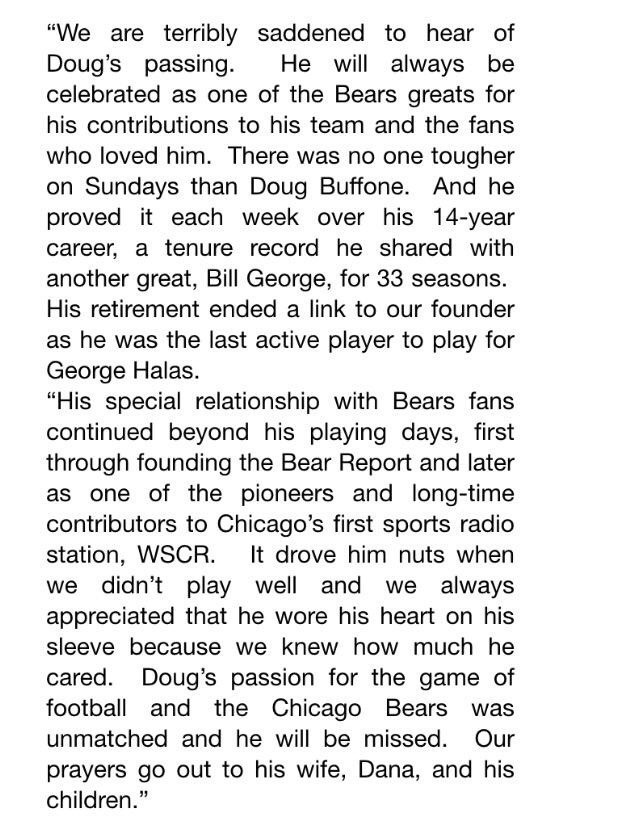