Saints restructure David Hawthorne’s contract to keep him with team 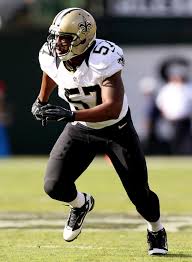 Evan Woodbery of The Times-Picayune reports that Saints LB David Hawthorne accepted a pay cut in order to remain with in New Orleans.

The linebacker has agreed to reduced to a reduced salary that cut his base salary from $2 million to $1.19 million, according to the NFLPA. His salary also dropped from $4 million to $1.75 million in 2016.