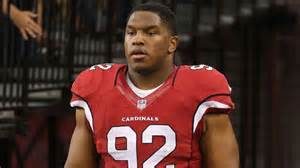 The Washington Redskins have been rather quiet so far, but they have been rumored to have interest in both Bryan Bulaga and Derek Newton. While the Redskins lost out on Newton, who re-signed with the Texans, the Skins have a new interest.

According to John Keim, the Redskins have interest in the massive defensive tackle Dan Williams. Williams entered the NFL in 2010 when he was drafted by the Arizona Cardinals. He played college football at Tennessee.

Williams has 150 plus tackles in his career to go along with 2 sacks and interception and a touchdown.