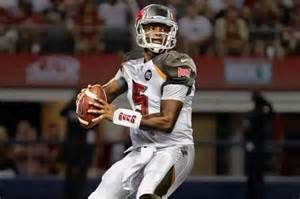 Greg Auman of the Tampa Bay Times is reporting that former Florida State University quarterback Jameis Winston has suspended his Twitter account, and speculates that the move was to help him focus on preparing for the draft.

The Bucs confirmed the former Florida State star was in town this past Tuesday to sit down with club officials who will be involved in deciding whether to draft Winston.

Neither Winston nor club officials spoke to the media. However following the daylong visit, the team’s website posted a video of the 21-year-old answering questions inside One Buc Place.

“I just want them to know I am human and I’m a great person, and this smile isn’t fake,” Winston said.

“I just want to show them I can be the face of this franchise one day,” the quarterback added, “and actions speak louder than words.”

NFL Draft Diamonds was created to assist the underdogs playing the sport. We call them diamonds in the rough. My name is Damond Talbot, I have worked extremely hard to help hundreds of small school players over the past several years, and will continue my mission. We have several contributors on this site, and if they contribute their name and contact will be in the piece above. You can email me at nfldraftdiamonds[email protected]