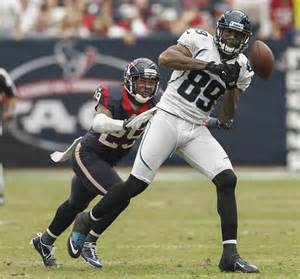 Is this the best year to have a ton of money? I am not sure, but there are some pretty good football players available at positions that would improve the Jacksonville Jaguars.  If you look at the Jaguars roster, they have some solid players, but most of them are young.

The players they would have to release are Chris Clemmons (saves 4.75 million), Paul Posluszny (saves 7.5 million), and Mercedes Lewis (saves 6.8 million). When you look at those players the Jaguars could technically get away with the moves and be fine.

Last year, Ryan Davis stepped up on the edge, and he is a way cheaper option that Clemmons, Poz is a good player, but he has a hard time staying healthy, and Mercedes Lewis is getting up there in age.

If the Jaguars are pursing Julius Thomas like multiple sources claim, then they would not need Lewis on the roster anyway.  The Jaguars could do serious damage with 79 million dollars. Imagine the weapons the Jaguars could add for Blake Bortles, and Gus Bradley could go ham on his defense, getting guys that fit his scheme.