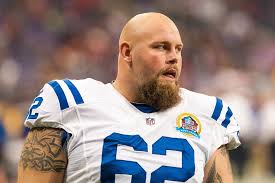 The Indianapolis Colts have made a decision and they will not go forward with A.Q. Shipley at the center position, according to ESPN.

The Colts signed Shipley a week before their Week 1 matchup against Denver because Khaled Holmes, the projected starter entering the season was working his way back from a high-ankle sprain suffered on the first series of the preseason opener, and Jonotthan Harrison had a thumb injury. Shipley, who was released by Baltimore, was familiar with the Colts after spending the 2012 season with them.

The Colts do not plan to tender Shipley, which means their Week 1 starter from last season will become a free agent.

The Colts could go after recently released Chris Myers who played every game for the last year for the Texans.